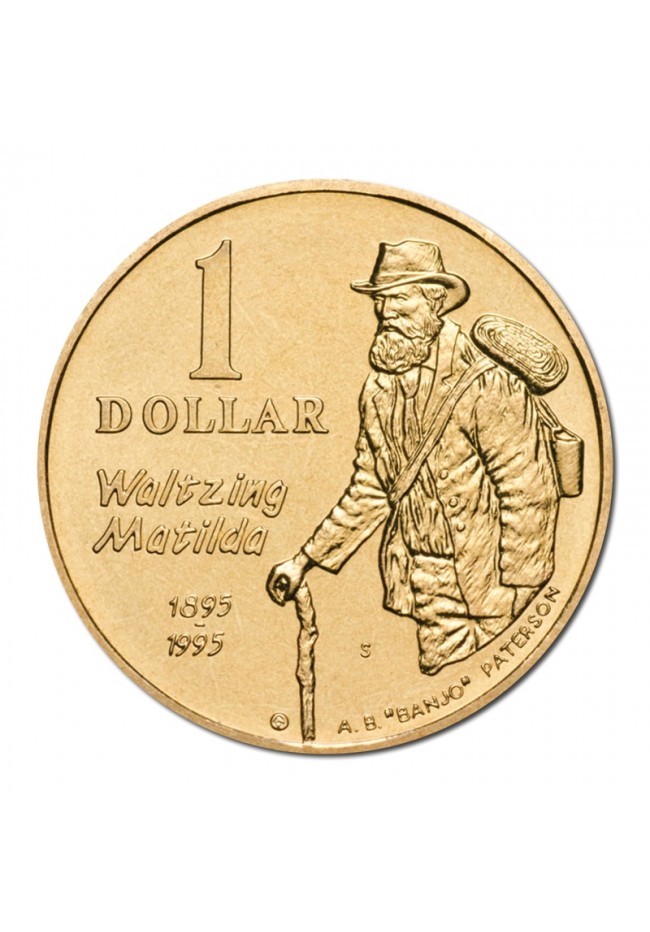 The coin is uncirculated in a RAM cardboard illustrated folder. Included on the folder are the words to "Waltzing Matilda" "S" Sydney Mintmark

The coin is uncirculated in a RAM cardboard illustrated folder. Included on the folder are the words to "Waltzing Matilda"