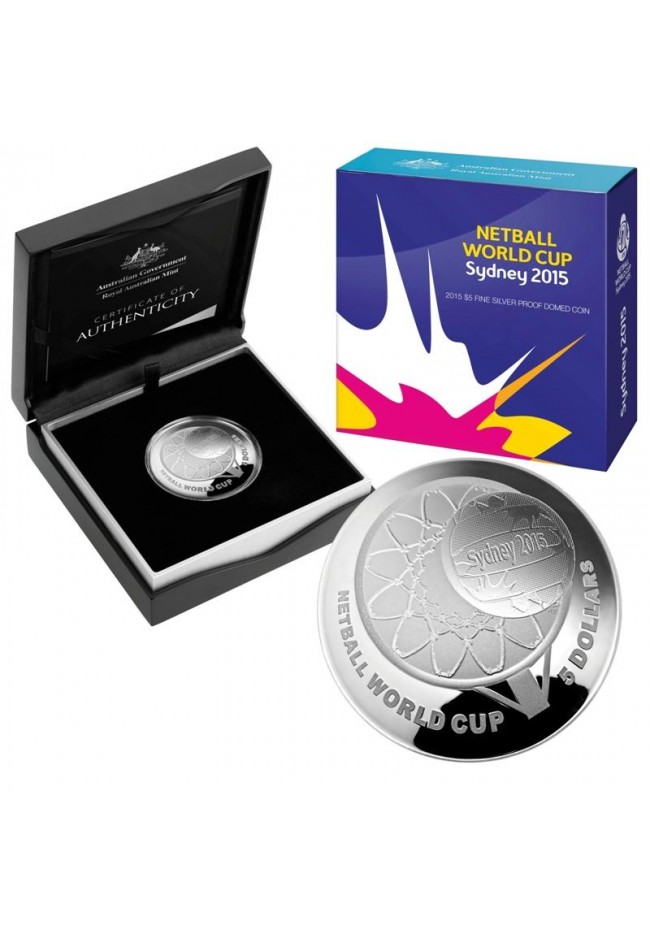 From 7–16 August 2015, Australia hosted the Netball World Cup Sydney 2015. To mark this world class event, the Royal Australian Mint released a spectacular silver domed coin and a celebratory 20c uncirculated coin. These coins are a testimony to Australia’s connection to netball and the continued growth and impact of the sport globally. The design of the 2015 $5 Fine Silver Proof Domed Coin creatively utilises its curved shape to depict the iconic netball and goal with the uncirculated coin featuring an artistic representation of the official Netball World Cup trophy and netball.