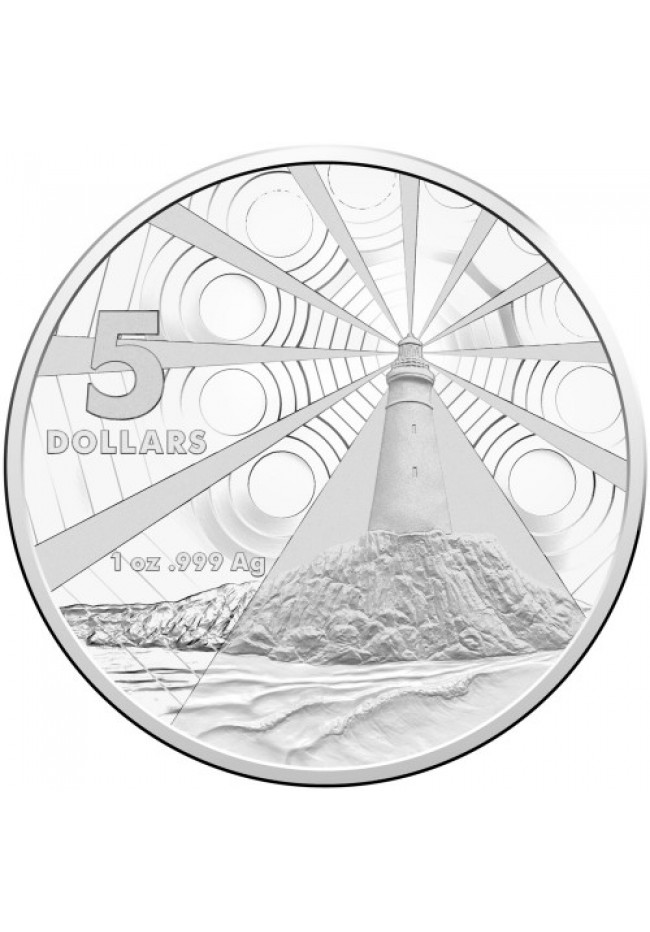 Limited release of only 5000. Secure your coin soon as the Lighthouse theme will attract interest from not only coin collectors but also with stamp collectors

The 37,600 kilometres of Australian coastline has countless potential hazards for ships approaching landfall, such as reefs, sandbars and strong currents. Foundering vessels and the consequent loss of life and goods created the need for manned beacons built on harbours, islands, coral reefs and beaches, to warn mariners of the dangers.

Traditionally, the lamps in early lighthouses were powered by kerosene but with the introduction of solar power, all ‘off grid’ beacons were converted to electricity. From the 1980s, there was a concerted effort to automate the remaining 41 manned lighthouses – a task which was completed on 22 August 1996. Despite advancements in satellite navigation systems, these lighthouses are still operational. When the Commonwealth of Australia officially accepted responsibility for all landfall and coastal lights around Australia, it comprised of 167 lighthouses, 103 of which were manned. Since 1991, the function of maritime aids to navigation has been the responsibility of the Australian Maritime Safety Authority.