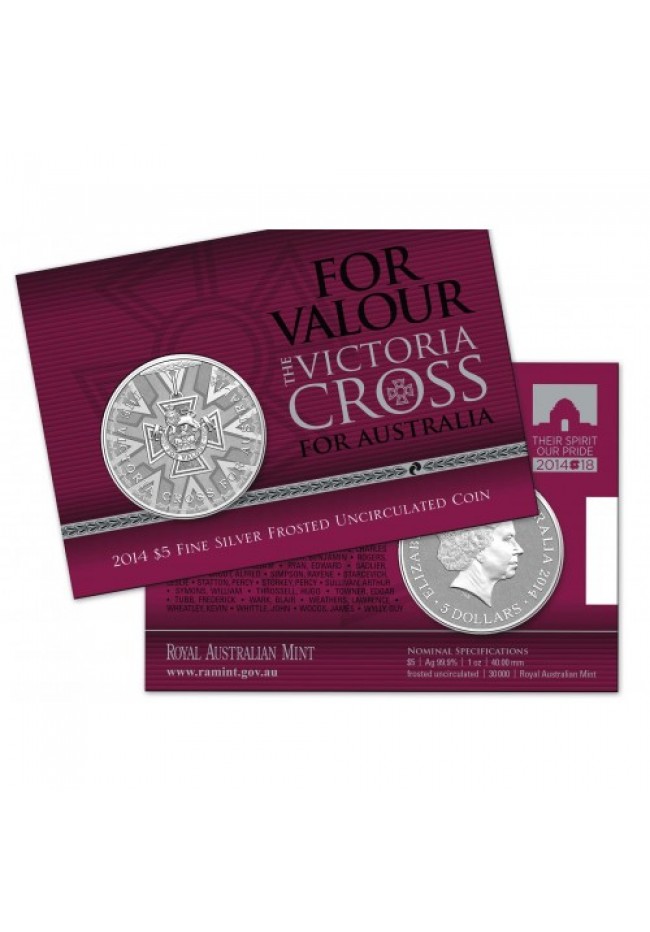 Since 1856, the Victoria Cross has been bestowed upon those members of the British and Commonwealth forces who, in the face of the enemy, experience these to the fullest. As a true testimony to highest military honour, only 100 Australians have been awarded the medal throughout its history. These fine men, who represent all who have served, are honoured on this coin.

The first Australian recipient, Major General Sir Neville Reginald Howse VC KCB KCMG, was honoured for rescuing a wounded man under fire in the Boer War. He leads a proud and noble line of honourees, which was joined on 13 February 2014 by the most recent recipient, Corporal Cameron Baird VC MG. Corporal Baird was posthumously honoured for making the ultimate sacrifice as a member of the Australian Special Operations Task Group, which was facing a Taliban stronghold in Afghanistan. In paying tribute to him, Prime Minister Tony Abbott stated, “You have lost a son, a brother, an uncle ... Our country has lost a citizen, a soldier, a hero. We are all the poorer for his passing but the richer for his living.