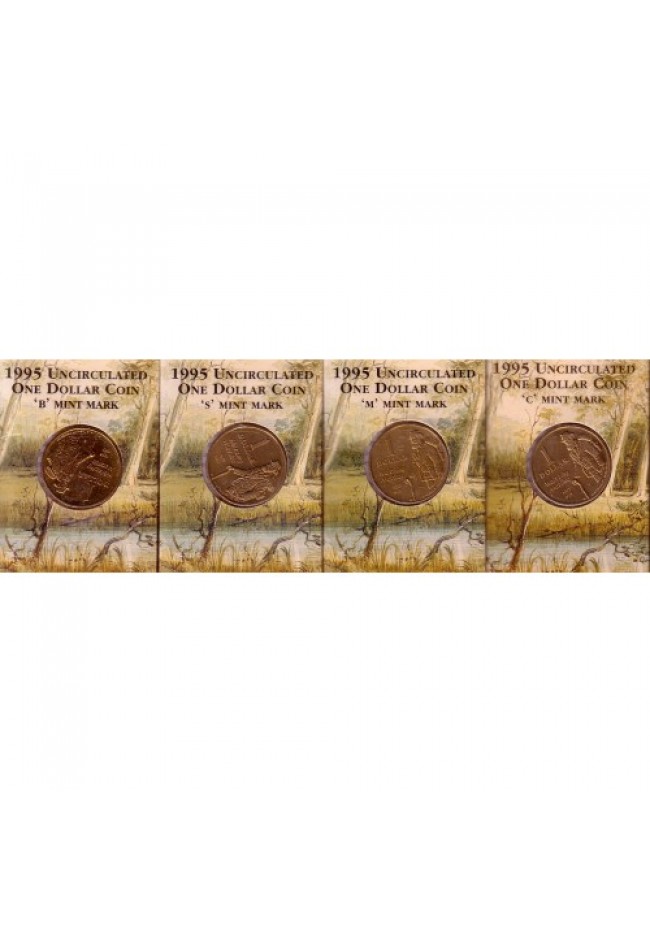 This set of 4 includes the following Mintmarks: C-Canberra, S- Sydney, M- Melbourne and B- Brisbane.

The coins are uncirculated in the RAM cardboard illustrated folder. Included on the folder are the words to "Waltzing Matilda"