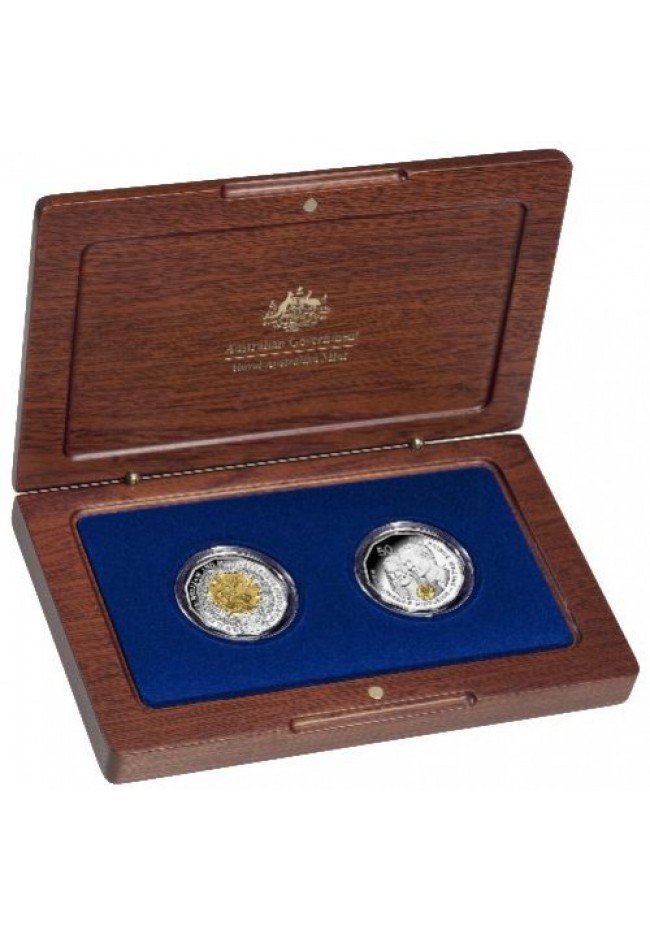 While the Engagement coin was already in stock, the wedding coin was not released until the 30th April. Stock is limited (worldwide mintage of only 10,000).

On 29th April, Prince William will marry Miss Catherine Middleton at Westminster Abbey. This long-awaited union is significant to Commonwealth nations, not only because the Prince is second in line to the British throne, but because the couple has been a favourite of the people since they first appeared in public. Their life together will serve as a symbol of the modern British Royal Family.

Each coin set will come in two releases. The first release will be the Royal Engagement Coin with space within the SGP two coin set packaging to house the second coin, the Royal Wedding Coin (available 30th April). The set price of $175 covers both coins.

While the Engagement coin is already in stock, the wedding coin was not  released until the 30th April.2001 Stock is limited (worldwide mintage of only 10,000)

This set is housed in a wooden presentation case with two certificates of authenticity ( one for each coin).