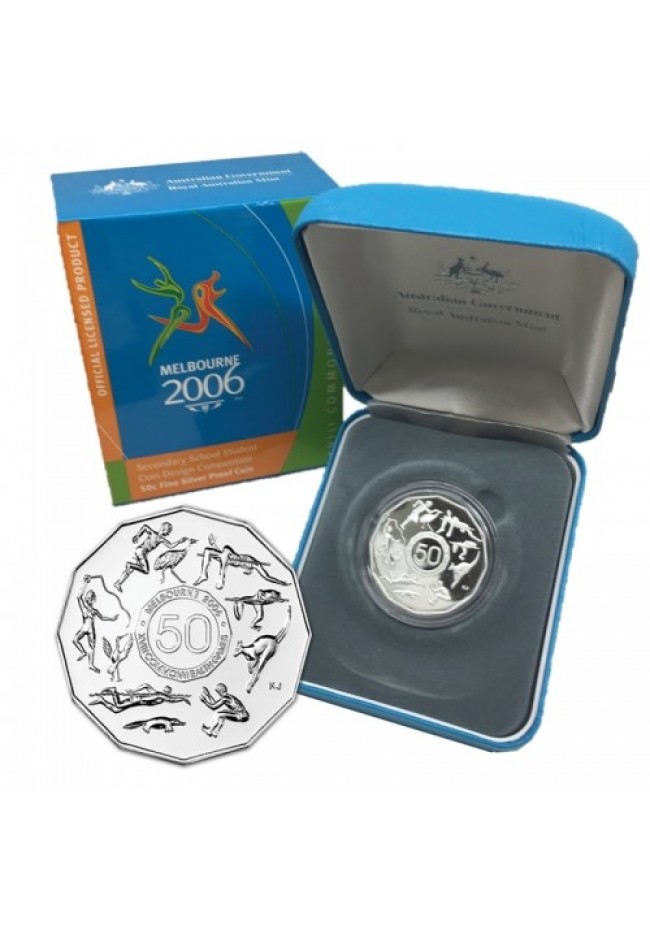 Limited edition proof coin. Although it's marked on the outer box that it's a 2006 Commonwealth Games coin, it was actually minted in 2005!

In the lead up to the 2006 Commonwealth Games, the Royal Australian Mint invited school students to enter a competition to design a 50 cent coin based on the Commonwealth Games to be held in Melbourne in 2006. The winning design was selected by the Australian public who voted for their favourite design on the Mint's website, choosing from six outstanding finalists. More than 20,000 votes were cast in the nation-wide competition.

The winning entry was submitted by Kelly Just, a student from Callignee, Victoria. Her initial's have been added to the reverse design, which displays the spirit of the Commonwealth Games while maintaining an Australian theme by showing Australian animals mimicking athletes performing a variety of sporting activities. Royal Australian Mint designer Vladimir Gottwald adapted Kelly's design from drawing to a three dimensional model suitable for minting.

Only 5,402 were struck from a maximum 10,000, each encapsulated and housed in a sky blue, hinged-lid presentation case protected by a colourful cardboard shipper. A numbered certificate of authenticity is also included.