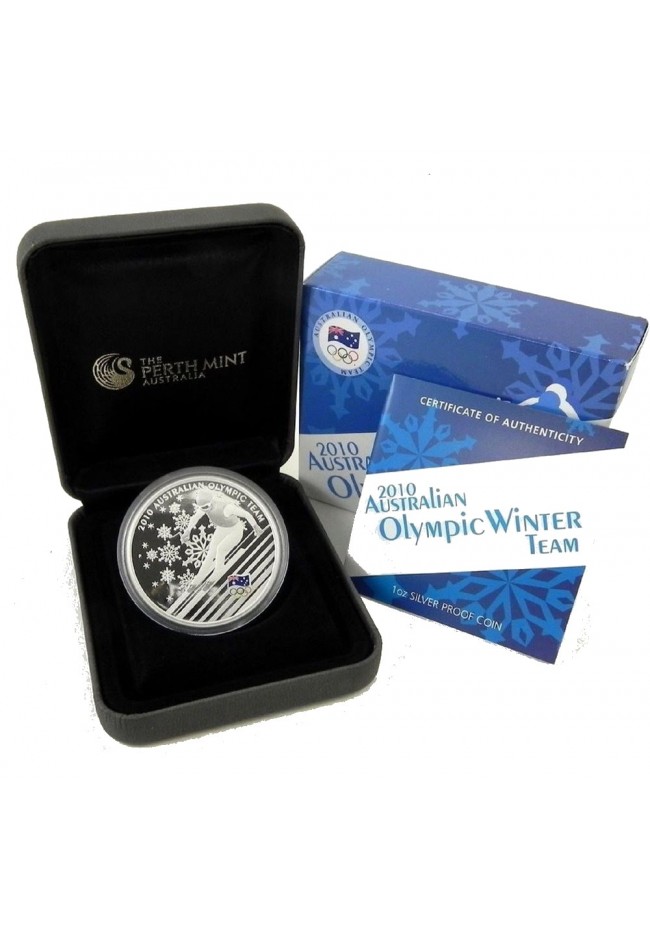 Issued for the Vancouver Winter Olympics in 2010. Presented in an attractive display case with an outer cardboard shipper. Included is a certificate of authenticity

Issued to commemorate the Australian Olympics Team participation at the Vancouver 2010 Olympic Winter Games. An accomplished team of athletes reflecting Australia's strength in a range of winter sports, including aerial skiing, moguls, skicross and snowboarding, participated at Vancouver 2010 in Canada between the 12th and 28th February.

Approved by the Australian Olympic Commitee, the coins reverse depicts a downhill skier and geometric  patterns symbolising snowflakes. As well as the "P" (Perth) mintmark the coin includes an inscription 2010 AUSTRALIN OLYMPIC TEAM with a coloured depiction of the AOC's Olympic "Flag and Rings" logo.