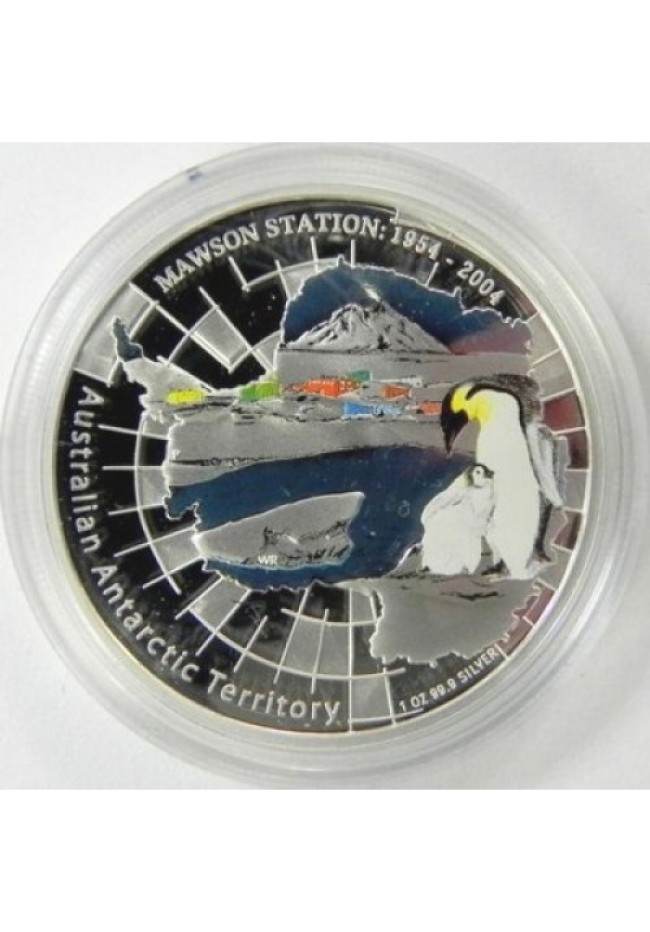 Each 1oz coin comes in an attractive presentation case with a certificate of authenticity.

Mawson Station was founded in 1954 on the shores of Horseshoe Harbour in Mac.Robertson Land, part of the Antarctic Australian Territory. The station was named after geologist and explorer Sir Douglas Mawson, who helped establish Australia's tradition for scientific, geographic and hydrographic research during major Antarctic expeditions between 1911-1914 and 1929-1931.

The coin was issued to commemorate the 50th anniversary of Mawson Station. The reverse depicts a coloured image of Mawson station and a representation of an Emperor penguin with its chick, which appear within the outline of the continent. The coin is housed in an attractive presentation case with an outer coloured shipper. A Certificate of Authenticity is included