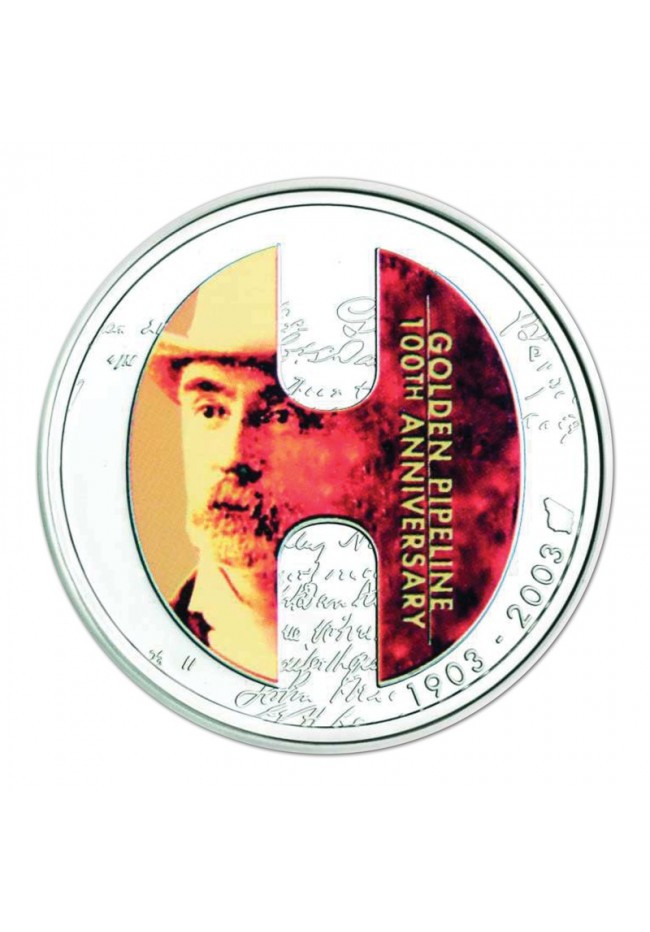 Limited edition of no more than 5000 coins were made

On the 24th January 1903, Federal MHR and former Premier of Western Australia, Sir John Forrest, officially inaugurated the 560 kilometre long pipeline between Mundaring, near Perth, and Kalgoorlie. Following the discovery of gold at Coolgardie in 1892 and at Kalgoorlie in 1893, Forresthad forseen the need for reliable supplies of water in the arid interior of his fledgling State.

The pipeline, the greatest engineering feat of it's era, was designed and built by Forrest's Chief Engineer at the Public Works Department, Charles Yelverton O'Connor, with contruction starting in 1898. The legacy of O'Connor's genius is immense given many politican, financial and construction setbacks had to be overcome before the scheme was completed.

The reverse design on this coin depicts the image of C Y O'Conner within the shape of a 'locking bar', a revolutionary technique used to seal pipeline joins without using rivels. In the background are signatures of some of the VIP's who attended the opening ceremony of Western Australia's Golden Pipeline