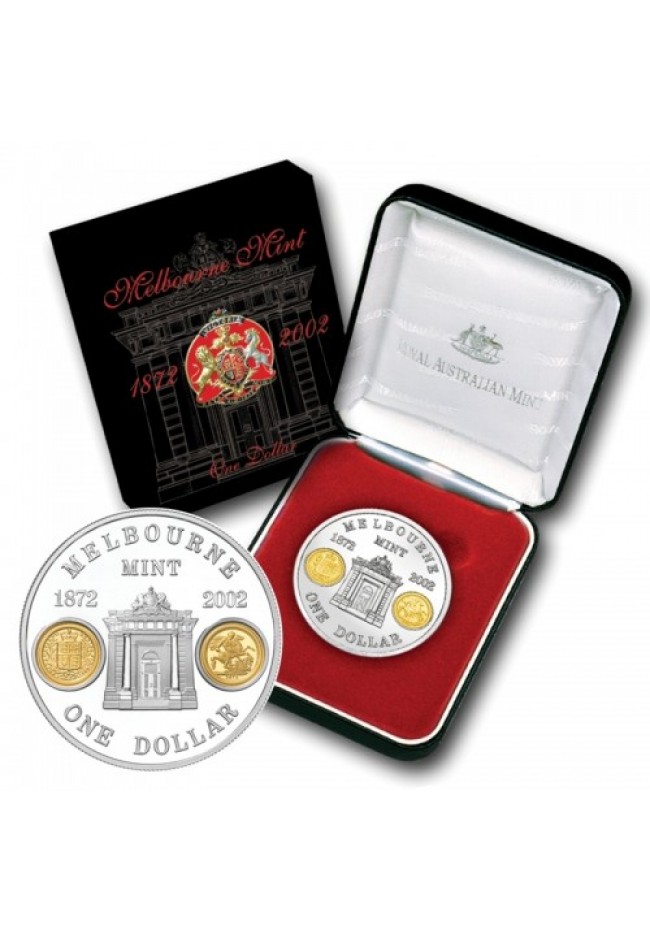 Limited edition of only 13,328. Complete in original packaging

This coin was produced to commemorate the 130th anniversary of the opening of the Melbourne Mint on the 12th June 1872. The Melbourne Mint, as it became known, is considered to be the "Mother Mint" of the Royal Australian Mint, as much of the latter's experience in and knowledge of minting emanated from the Melbourne Mint.

The coin is presented in a striking black display case with a booklet about the Mint and a certificate of authenticity.