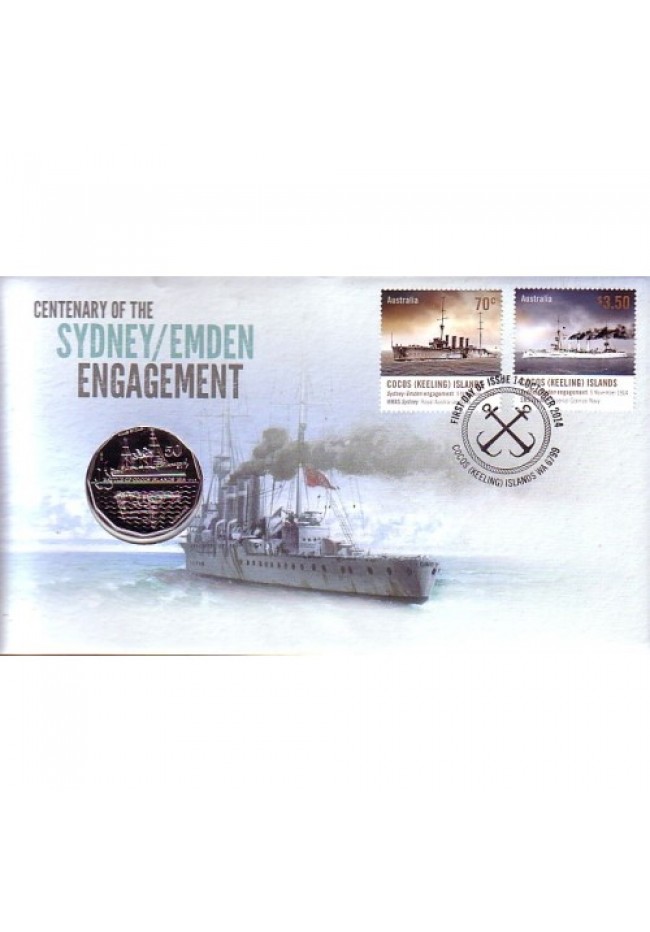 From a limited edition of only 10,000. this Australia Post/Royal Australian Mint joint issue is bound to appeal.

Australia’s first victory at sea during World War I was also the first engagement by a warship of the fledgling Royal Australian Navy. The Battle of Cocos took place on 9 November 1914 when the Australian light cruiser HMAS Sydney responded to an attack by the German light cruiser SMS Emden on a communications station at Direction Island in the Cocos (Keeling) Islands.

Australia, sending wool, wheat and gold across the Indian Ocean to sustain the Mother Country, and dispatching tens of thousands of young men to join the fight, had a vital interest in bringing Emden to her end. The battle, when it came, was short and bloody; an emphatic first victory at sea for the newborn Royal Australian Navy.

While Emden was the first to fire, Sydney’s more powerful guns resulted in Emden’s eventual surrender after she was deliberately beached on the North Keeling Island reef. There were fatalities on both sides, including 134 crew from Emden and four from Sydney.