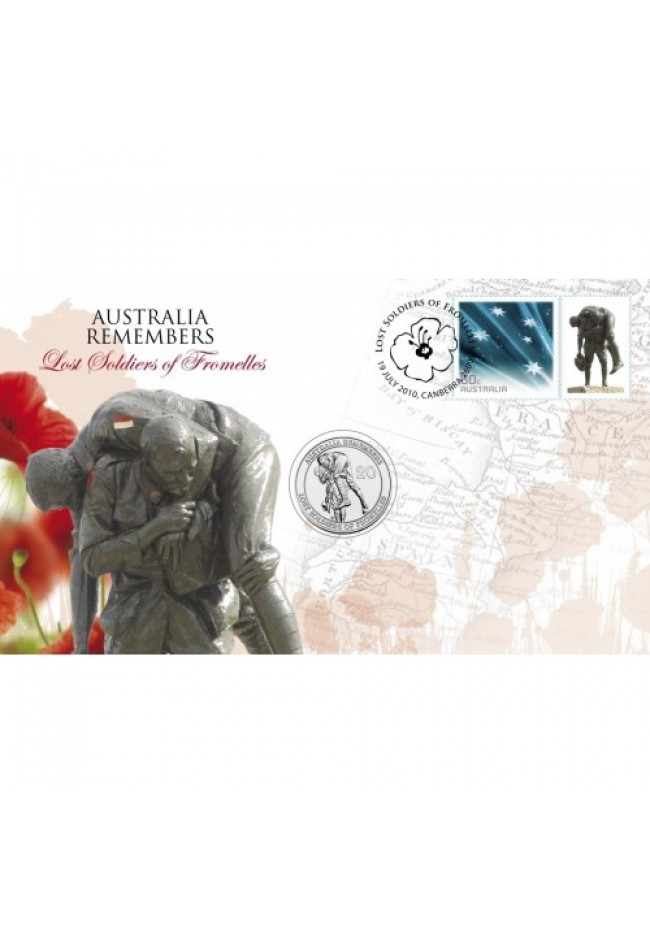 This PNC Stamp & Coin Cover features the famous ‘Cobbers’ statue sculpted by Australian artist Peter Corlett which stands, as a reminder to all, of one of the bloodiest days in Australian military history occurred on the plains of Flanders on the 19th July 1916. The Battle of Fromelles saw more than 1900 Australian soldiers died and over 3100 were wounded. Over 1000 casualties recovered after the war could not be identified and were buried as unknown soldiers. 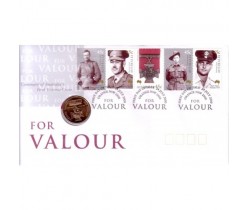 Details Issued on the 24th July 2000 which was the Centenary of Australia's first Victoria Cross .....