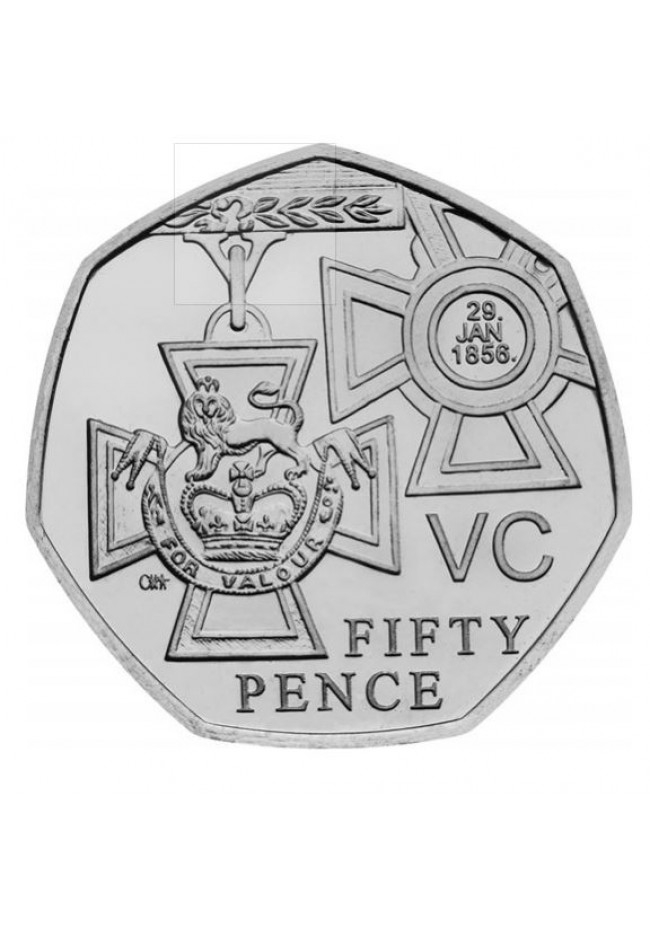 Depictions of the obverse and reverse of a Victoria Cross with the date 29 JAN 1856 in the centre of the reverse of the Cross, the letters VC to the right and the value FIFTY PENCE below.

The Victoria Cross is the highest award for gallantry in the face of the enemy. All who have received it have shown extraordinary bravery, many at the cost of their own lives. The original idea for the Victoria Cross was proposed by the Duke of Newcastle in 1854 and the Royal Warrant for the creation of the medal was signed by Queen Victoria at Buckingham Palace on 29 January 1856. To commemorate the 150th anniversary of the institution of the Victoria Cross The Royal Mint struck two fifty pence coins

The brilliant uncirculated coins are housed in a presentation folder.